What is a Neutral Grip and Can It Help Your Game? 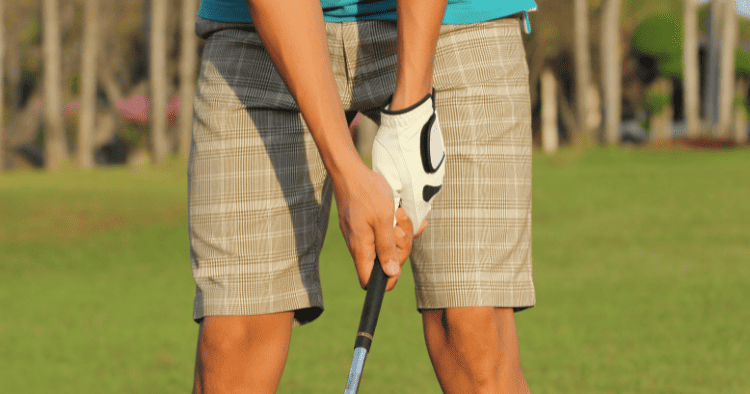 Did you know that a proper golf grip is arguably the most important part of the golf swing?

We know that may sound crazy but think about it for a second. The grip is the only thing that connects you to the golf club.

What is a Neutral Golf Grip?

If your grip is truly neutral, you’ll be able to see two knuckles on your left hand (for a right-handed golfer). Also, with a neutral grip, the thumbs of both hands will be pointing almost directly at your face. The position of the right hand depends upon whether the golfer prefers an interlocking or overlapping grip style.

When using an interlocking grip style, the pinkie finger of the right hand ‘interlocks’ with the index finger of the left hand. Most ladies or golfers with smaller hands prefer the interlocking style because it allows the hands to act as one.

With the overlapping grip style, the pinkie finger of the right hand simply rests on top of the index finger of the left hand. Golfers with larger hands often prefer this style since it allows for maximum wrist rotation at impact.

The neutral grip works best for golfers who have all other aspects of their swing in order. The majority of players on the PGA Tour use a neutral grip because it allows for them to hit a wider variety of shots like cuts and draws.

Is a Neutral Grip Good in Golf?

Each type of golf grip comes with its own different set of strengths and weaknesses. As a general rule, neutral grips tend to work well for most golfers. However, keep in mind that all golfers have different body types, swings, and hand sizes.

As with most things in golf, there is no one size fits all approach when it comes to choosing a grip. Let’s go over a few pros and cons of the neutral grip.

The neutral grip feels natural to most golfers so that is a definite benefit. It’s virtually impossible to play good golf if your hands are in an uncomfortable position. If you asked a person who has never played golf before to grip a golf club, more than likely they’d use a neutral grip.

Golfers who use the neutral grip love the extra freedom that their wrists have at impact. Most folks feel that the neutral grip helps them easily control the clubface. More clubface control leads to more accurate shots, which is always a good thing!

Do you know those extra tough holes where you need to be able to hit a high draw or a low fade? The neutral grip makes it much easier to hit shaped shots like those. Again, this is because the hands are in a more relaxed position.

Con #1: Can Lead to Slicing in Some Golfers

Newer golfers usually don’t have all aspects of their swing in order. For that reason, the neutral grip may cause beginner golfers to hit more slices than they would with a strong grip.

Con #2: Too Much Wrist Freedom

While wrist freedom feels great during the golf swing, having too much of it can lead to inaccurate shots. Some golfers who use a neutral grip struggle with hooking the golf ball because of overactive hands.

Jack Nicklaus had an insightful quote about the hands. Mr. Nicklaus said, “the hands are the swing wreckers.”

Golfers who want to try the neutral grip should make sure that they can keep their hands quiet enough to hit accurate shots. If a golfer’s hands often remain open or closed at impact, the neutral grip may not be the best choice for them.

Professional Players Who Use a Neutral Grip

“The Golden Bear” is considered by many to be the best golfer of all time. Nicklaus won 73 times on the PGA Tour, which ranks 3rd on the all-time list.

His 18 major championships is a record that may never be broken. Nicklaus employed a neutral grip his entire golf career.

Tiger’s an interesting case because he’s changed his grip a little bit over the course of his career. Woods had a slightly stronger grip during his younger years but changed to an almost completely neutral grip a few years back.

No matter what grip he utilized, Woods will go down in history as the most dominant golfer of his era. He is currently tied for 1st in PGA Tour wins with 82. His 15 major championships are 2nd only to Nicklaus.

Scott has used a neutral grip his entire PGA Tour career and it has served him well. The Australian native has won 14 times on the PGA Tour, including the 2013 Masters Tournament. Scott has a smooth swing with almost perfect mechanics.

Who This Grip is Best For

The neutral grip is a great choice for anyone who feels comfortable with it. Most beginners should start out with a neutral grip since it is usually the easiest grip to teach.

Golfers with medium hip speed often find that the neutral grip is a great fit for them. Folks that have trouble closing the clubface on impact will also benefit from the neutral grip.

Advanced golfers who want to shape their shots will also benefit greatly from the neutral grip. Golfers who are trying to increase their clubhead speed may find that the neutral grip helps them in that aspect.

The Other Type of Golf Grips

With a strong golf grip, the golfer will be able to see three or more knuckles on their left hand (for right-handed golfers). This type of golf grip works best for golfers who have an inside-out swing and fast hips. With a strong grip, both the left thumb and the right thumb are pointed at the right shoulder.

Golfers who tend to slice the ball can often remedy that problem simply by switching to a strong grip. This is because the strong grip naturally closes the clubface at impact. Lots of taller golfers with large hands prefer the strong grip because they feel it gives them more power on the downswing.

With a weak golf grip, the golfer will be able to only see one knuckle on their left hand. Keep in mind though that when we say “weak” grip, we are not referring to grip pressure or how hard you squeeze the golf club. The Vs of each hand is pointing more towards the left shoulder with a weak grip.

Golfers who struggle with a hook often find that the weak grip helps them hit the ball straighter. This is because the weak grip keeps the clubface from shutting too much at impact. Many golfers also find it easier to hit the ball higher with a weak grip. 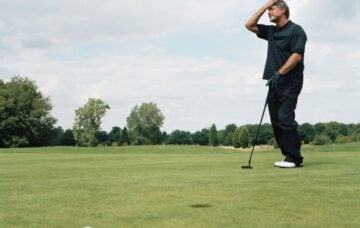 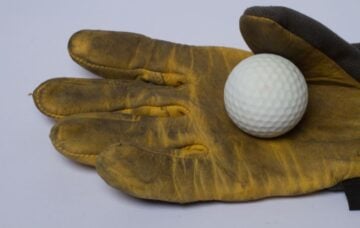 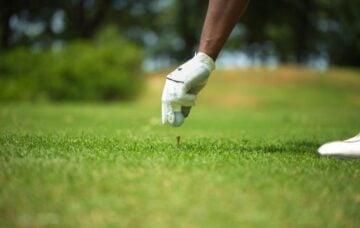