What in The World Does The Term “Stick” Mean in Golf? 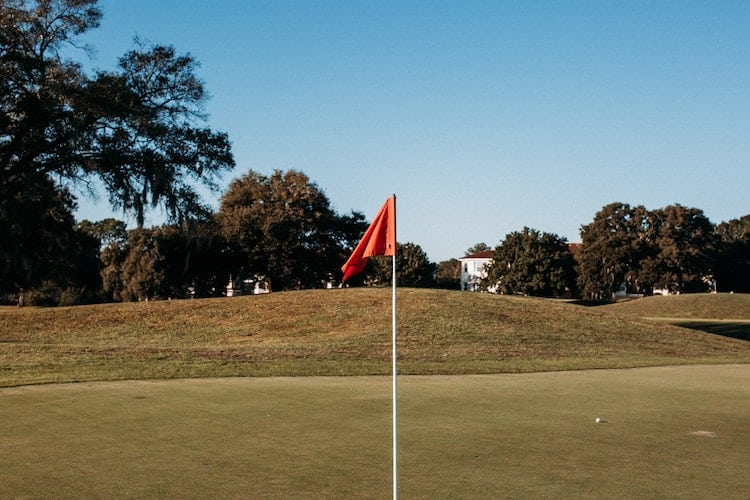 I’ll never forget the first time I heard “stick” on the golf course.

It was my first live round, and one of my playing partners said, “make sure you are lined up with the stick.” I nodded but had no idea what he was talking about.

If you’ve had a similar experience, don’t feel bad. Golf has a ton of slang words, and nobody knows all of them when they first start playing.

What is a Stick in Golf?

“Stick” actually has quite a few meanings on the golf course. Let’s list each of the meanings and briefly describe each. You may be shocked to learn that a stick could be a person or an object.

This is probably how the term “stick” is most commonly used. In our above example, my playing partner was referring to the flagstick on the green. I wasn’t lined up properly for my approach shot, and he was trying to correct my stance.

For those that don’t know, a flag on a stick is placed into the hole on each putting green to give golfers a reference point to look at before hitting their shots. Other folks may refer to the flagstick as “the pin.”

Another meaning of the word stick is a scratch golfer. A scratch player is someone who has a handicap of zero. This means that on most occasions, they shoot par, regardless of how challenging the course may be.

Someone may ask, “Is John a good golfer?” A standard reply would be, “John’s a stick.” This would mean you wouldn’t want to play against John for money.

Stick is also short for a golf club. The terms are often used interchangeably. Instead of asking someone what club they’re hitting, you can say, “What stick you got?”

Here’s a fun fact for you… Golf clubs were initially called golf sticks because the Church of Scotland frowned upon golfing on Sundays. To get around this, golfers would disguise their golf clubs as walking sticks!

Type of Golf Round

You may hear the phrase “off the stick” thrown around on the golf course. This means that none of the golfers’ handicaps will be considered when keeping score.

In simple terms, the golfer with the lowest score wins the round. In a tournament or competition play, “off the stick” is how the scoring is done most of the time.

Now that you know all of the different things a golf stick can mean, here are a few more golf slang words that are often thrown around on the golf or driving range.