What is The Left Hand Low Putting Grip & Its Benefits? 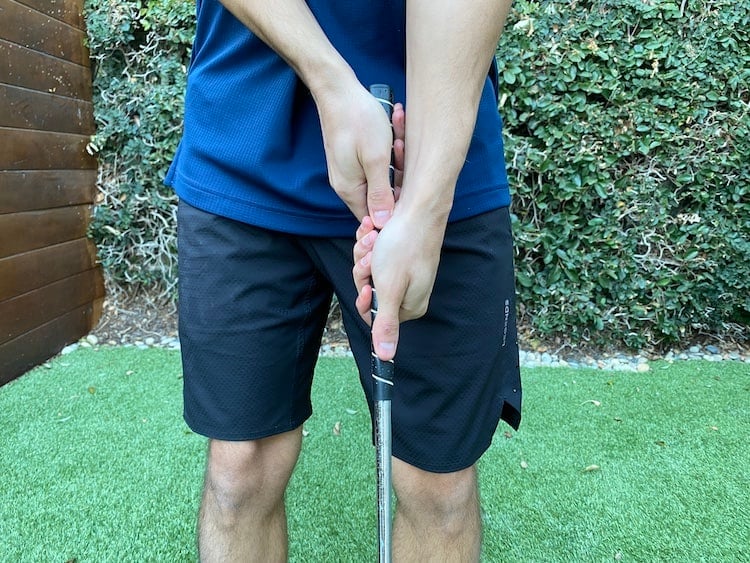 I was watching a golf tournament on TV and said out loud, “Spieth is putting the wrong way”. That was the first time I had ever seen the left-hand low putting grip and it worked very well for Spieth that day.

Some golfers swear by the left-hand low putting grip. Find out what it is and how it can help improve your golf game here. After reading this you’ll be able to decide if this unconventional putting technique is worth trying on the course.

What is The Left Hand Low Putting Grip?

As its name implies, the left-hand low putting grip requires the golfer’s left hand to be the lowest one on the putter shaft. This grip is considered non-traditional because standard putting grips require right-handed golfers to have their right hand in the lowest position on the putter grip. 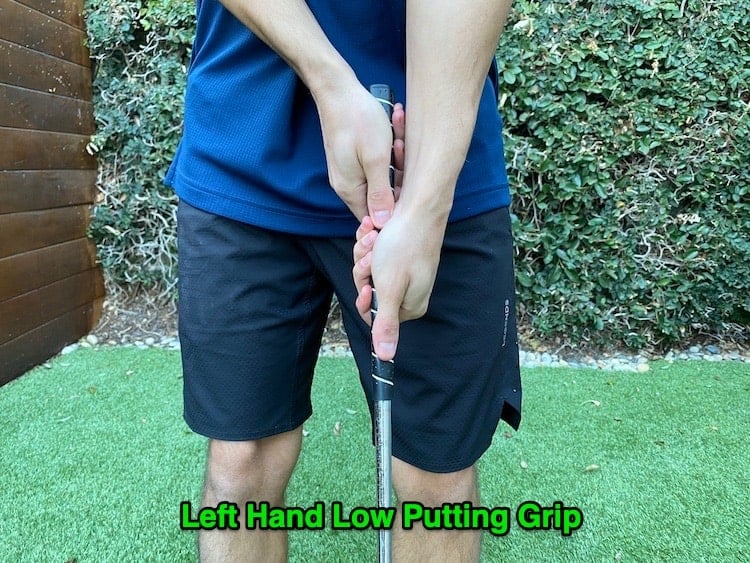 When using the left-hand low putting grip, there are two main options as far as how the right hand and left hand fit together on the golf club. Most golfers prefer to take their left pinky finger and lay it on top of their right index finger. This is the most common method of employing the left-hand low technique.

The other option is to point the right forefinger straight down the side of the handle. This is how PGA Tour pro Jim Furyk employs the left-hand low grip and it has paid huge dividends for him during his career. No matter what option you choose, make sure that both of your thumbs sit on top of the putter grip for maximum control of the putter head.

The Benefits of Using This Putting Grip

The left-hand low putting grip may look a bit odd, but there are a ton of benefits to using it. Here are some of the biggest advantages of putting this way.

Lots of golfers struggle with their alignment on the greens. When using a traditional putting grip, it’s easy to have open shoulders when lining up your putts. This can lead to putts being pulled to the left (for a right-handed golfer).

A main advantage of the left-hand low grip is that it automatically forces the golfer’s left shoulder to square up with the right shoulder. This improves the golfer’s putting stance right from the start, without him even having to think about it. A better setup on the green can lead to more birdies!

A putting stroke that is too ‘handsy’ has a lot of disadvantages. Unfortunately, lots of golfers rely too heavily on their hands and wrists when putting. This often leads to poor putting speed and a lack of accuracy.

The left-hand low putting grip helps take the hands and wrists out of the putting stroke. This forces the bigger muscles like the hips, shoulders, and arms to control the entire stroke. When this happens, the golfer will notice that their putting technique is more reliable and consistent.

Easier to Stay on the Target Line

Putting sounds easy enough. After all, the golfer is simply trying to take the putter straight back and straight through the target line. As with several things in golf, the concept is simple but the execution isn’t easy.

Some golfers struggle with their dominant hand taking over the putting stroke. When this happens, the putter face is either pushed or pulled off the target line. This results in a ton of frustration with the flat stick.

The left-hand low technique takes the golfer’s dominant hand out of the putting stroke to a certain degree. With the nondominant (left) hand in more control of the club, it’s easier to stay on the target line.

Pro Golfers Who Use The Left Hand Low Putting Grip

Wondering if any pros actually use this putting technique? Here’s the list…

Spieth is the most famous left-hand low putter on the PGA Tour. The three-time major champion consistently ranks as one of the best putters in the game. This proves that the left-hand low technique can provide high-level results, even for top-tier pro golfers.

An interesting thing about Spieth is that he is naturally left-handed, even though he plays golf right-handed. This may explain why he chooses to use the left-hand low grip.

Chappell is another PGA Tour player who loves the left-hand low (lhl) putting grip. The 35-year old has won once on the PGA Tour and once on the Korn Ferry Tour.

Chappel’s putting grip is of the left-hand low variety but he adds a twist to it. Chappell almost makes a claw with his left hand and then cups it over both the putter and his right hand. This would be uncomfortable to most golfers but it works exceptionally well for Chappell.

Horschel is a big fan of the left-hand low putting grip and it has served him well. The 35-year old Florida alum has won 6 PGA Tour events and he also won the 2014 FedEx Cup.

Horschel employs the left-hand low technique because it keeps his wrists from breaking down during the putting stroke. Horschel prefers an oversized putter handle, which may help him make the best use of his left hand low grip.

The Vardon Grip (aka the overlapping grip) is the most common in golf for full swings. Not many golfers use it while putting though. With the Vardon Grip, the right pinky rests on top of the left index finger.

The claw grip has been around the game of golf for several decades. With the claw grip, the right hand is still the lower hand. However, the golfer forms a claw shape with the right hand to keep it from overpowering the putting stroke.

The saw grip is very similar to the claw grip. The only major difference is that instead of the fingers pointing straight down the shaft, the fingers point horizontally towards the target line. This makes it look like the fingers are trying to saw through the putter’s handle.