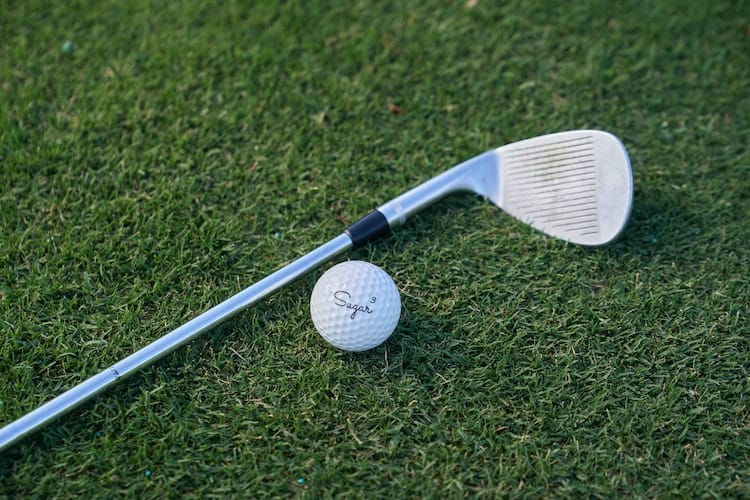 When you think of the big three in golf, chances are Callaway, Titleist, and TaylorMade come to mind. Cleveland seems to fall just outside this mark, but many golfers want to know why.

There is no debating the fact that Cleveland is a big golf brand with lots of options to offer, but it certainly doesn’t get the recognition or the Tour presence of other golf companies. If you are curious about Cleveland and want to learn more about it, we have you covered.

I’ve played Cleveland clubs on and off throughout the years, and I’ll tell you the honest truth about whether they are worth investing in.

Here are a few of the essential facts to know and understand about Cleveland golf.

My Thoughts on Cleveland Golf Clubs

When Cleveland first came out with the original Launcher golf clubs more than 20 years ago, I was one of the first to jump on board. The Launcher driver was huge compared to others on the market; it had a solid feel and blended in incredibly well with the fairway woods.

At the time, the Cleveland wedges were really the clubs on the market that the company was known for, but the Launcher series really brought to light what Cleveland was capable of.

As they have changed ownership through the years, you will notice that creating forgiving golf clubs has become the primary concern and focus. Here are my thoughts on the good, the bad, and the ugly from Cleveland.

Before we get into the actual performance of the clubs, it’s good to understand the product line from Cleveland. As we know, this product line changes yearly with new releases. However, the Cleveland line is a bit narrower than other brands like Callaway.

The current offering from Cleveland includes:

As you can see from the lineup where Cleveland focuses, most of their attention is on the wedges. The CBX Zipcore has just hit the market and is said to improve on the RTX golf wedges that have done well for both professionals and amateurs.

After testing the equipment that Cleveland has to offer, I can tell you that the wedges are impressive. They spin just as well as any other option on the market and respond quite well to you as a player.

The Cleveland XL Halo irons are a great choice for a hybrid iron; the Launcher XL is a basic-looking cavity back. However, the better player has no choice from Cleveland now, which is a bit disappointing.

Since the owners of Cleveland also own Srixon, they most likely focus their attention on the Srixon player’s irons.

When it comes to forgiveness in golf clubs, Cleveland does an incredible job. They have used this Halo and Launcher technology to help make great clubs for mid to high handicappers and beginners.

One of the most impressive options for forgiveness is the hybrids. The hybrids are very easy to launch from the rough and have extremely high MOI. They blend in well with the fairway woods and driver and make a great transition down to the iron set.

For those that find Cleveland hybrids to be a good fit for their game, they do offer the hybrid irons in the Cleveland XL Halo golf clubs. These feature hollow bodies, have a really impressive feel, and will make it much easier for mid to high handicappers to score.

The Cleveland club heads look a little large, but this sizable sweet spot makes it much easier to make contact and improve overall consistency.

One of my favorite things about Cleveland is the pricing. They are similar to Cobra in their pricing model and structure. Expect that you are going to get a lower release price on something like a new driver or fairway wood than you would with TaylorMade or Callaway.

In addition, Cleveland is more likely to drop the pricing of a product soon after release. If you don’t need the newest wedge on the market, you can find some great deals on Cleveland wedges from the last few years.

Spin rates on the Cleveland drivers, fairway woods, and hybrids are low. The clubs are designed for maximum forgiveness and distance.

However, the spin and control on the wedges are impressive.

For lower handicapped players, the wedges are probably the only clubs in the current lineup that will make sense to look into. Cleveland has done a great job moving the center of gravity in the wedges to accommodate a wide range of players and encourage better control around the greens.

In addition to the wedges having great control, they also have a really good feel. The materials are soft enough that you will feel in control but strong enough to let you pull off the shots you want to hit.

Although TaylorMade and Callaway both make wedges, two of the top brands you see used by professional golfers are the Cleveland and Titleist wedges.

Cleveland chose not to get overly involved in the adjustability game. With their clubs being highly forgiving, lightweight, and high launching, until recently, there were very few options for adjustability in the club head.

In my opinion, this was a bit of a mistake. Golfers in the high handicap range can experience swing changes rather quickly. These changes then end up impacting the player’s ability to use the equipment they own.

When you can make a quick adjustment to a club head with a wrench and have it be the perfect club for your game, it’s a tremendous benefit. One worth paying for!

I think you will see more and more options for adjustability from Cleveland, as this has become such an important feature in the game of golf.

The Cleveland clubs have a solid distance. When comparing ball speed with other top brands, they may come up just slightly short. However, when you take into consideration the forgiveness, some players may get higher ball speed from Cleveland.

When you hit the ball in the center of the clubface more consistently, it’s certainly easier to get the distance you are looking for. For golfers that lose a few yards because they are hitting the ball straighter, it will be well worth it.

In addition, the best technology Cleveland has to offer is in the wedges, and this is a golf club where distance control is more important than total distance.

Who Should Play Cleveland?

One of the things to think about before investing in a Cleveland club is whether or not it is really designed for your game. The golfers that will do best with the Cleveland golf clubs are high-handicap players, beginner golfers, and some mid handicappers.

The company really focuses on players hitting more consistent shots, with higher launch and plenty of forgiveness. If this is something you are looking for, the Cleveland brand will be the best option for you.

Many players will use the game improvement clubs from Cleveland for several years before transferring to something designed to appeal to the lower handicapped players just a bit more.

Cleveland is not my favorite golf club brand, although I can attest to the fact that Cleveland Golf clubs are good. However, I find Titleist products to be my favorite. Even though Titleist has had its fair share of ups and downs through the years, you can almost always count on Titleist to have a clean-looking iron, a high-performing driver, and some of the best wedges in the game.

Cleveland does a great job appealing to the higher handicapper, beginner player, and even those looking to keep the costs down. However, with the Titleist products, the lineup is now so impressive you can be a 2 or a 32 handicap and find a solution for your game.