What is Standing Astride in Golf? 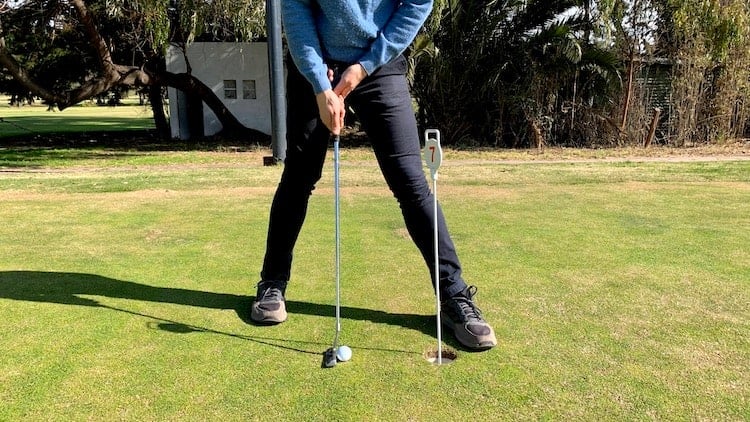 The rules of golf are my least favorite part of the game.

It’s not that I am an anti-establishment rebel looking to “stick it to the man”. Many rules are unnecessary, and their lack of clarification confuses the average golfer. The robust bible of golf rules stumped one of our readers, who recently asked what is standing astride in golf.

This is an excellent question because it is a rule seldom discussed. In this post, I explain what standing astride means in golf and the consequences of breaching this rule. In addition, I highlight when you are exempt from a penalty stroke if standing astride.

What Does Standing Astride Mean in Golf?

Merriman-Webster defines standing astride as one leg on each side. For example, when you ride a horse or a bike, you place a leg on either side. This means that you are standing astride.

USGA rule 10.1c prohibits you from making a stroke when one or both of your feet are touching the line. For example, you place your front foot on the line of the putt to guide your ball to the flagstick (pictured below).

Furthermore, your trailing foot cannot touch the line, even though it is behind the ball (pictured below). 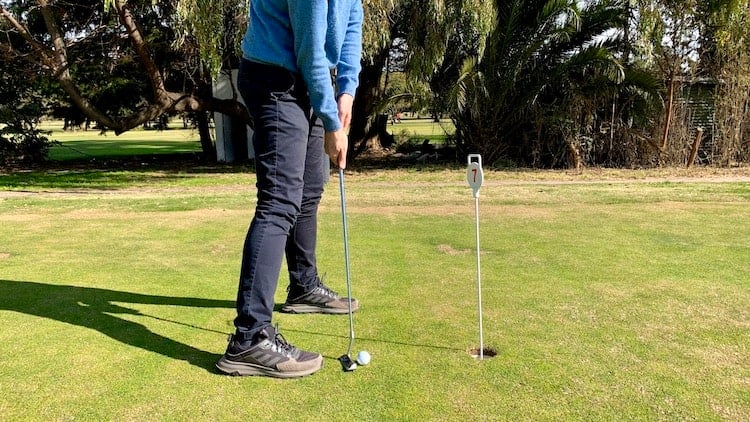 Finally, here’s an example of both feet standing astride: 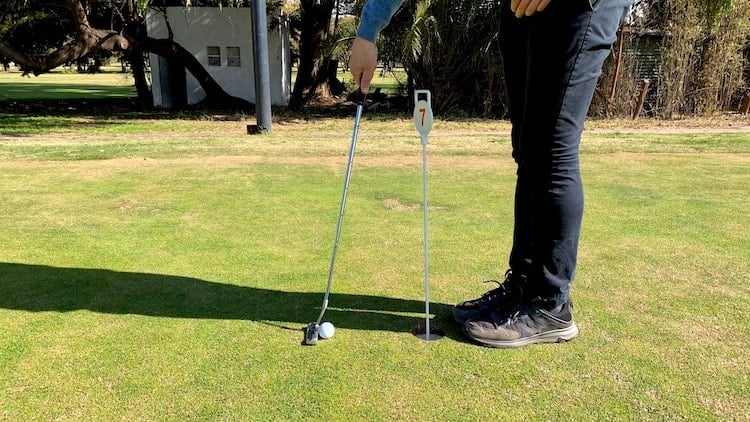 Essentially your feet should remain parallel to the line and never touch it.

I have witnessed golfers standing astride on a handful of occasions in 28 years. Most of the time, it arose from them attempting to avoid stepping on the prospective line of a putt.

I applied the putting green example as this is the most likely area where this breach of rule may occur. However, my compatriot Dylan Frittelli made the unintentional error of standing astride at the 2022 RBC Heritage.

Frittelli’s ball was captured by moss hanging from a tree 6-feet off the ground. The South African’s caddie handed him a wood, and he lifted it to the trees for his second shot on the par 4 6th hole. The violation came from his stance.

Dylan stood directly behind the ball, creating an extension of that line. Then, he knocked it out of the tree back onto the fairway, eventually carding a regulation par.

Unfortunately, the PGA Tour officials deemed this a breach of rule 10.1c and punished him accordingly. I cover the penalties in detail in the following section.

The “Consequences” of Standing Astride

The USGA dictates that violating rule 10.1 results in a General Penalty. Besides standing astride, Rule 10.1 covers the movement of the ball, anchoring clubs, and fairly striking the ball.

Moving on, the consequences of standing astride depend on the assigned format for the round. In Dylan Frittelli’s scenario, he was playing in a stroke play tournament. Therefore he incurred a 2-shot penalty. Since his ball dropped into the cup for a par 4, he ultimately carded a double-bogey 6.

Match play bears severer consequences for offenders. Violating rule 10.1c leads to a loss of hole for the offender. In other words, if you are 1-up before the incident, you will finish the hole all square.

The reality is that this rule is generally enforced in tournament play. It is rare for playing partners to penalize you in a casual round unless you wish to wind your buddy up. However, when you hit the big leagues, you best operate like a goody two shoes and stick to the rules.

When is it Acceptable to Stand Astride?

If law school taught me one thing, it is that there is no such thing as black and white in interpreting legislation. Fortunately, the USGA makes life easy for us and clearly states that standing astride is permitted in certain circumstances. This entails avoiding the prospective line of a player’s putt, or accidentally standing astride.

I have read innumerable posts describing stories of golfers losing a hole in match play because of standing astride. The said articles often suggest that a player is penalized because they stood astride when attempting to avoid stepping in the line of their opponent.

If those stories are true, the alleged culprits are actually the victims. Under rule 10.1c, the USGA makes a provision annulling penalty strokes for players avoiding a player’s line. This is an act of courtesy and should not be punished.

How Do I Avoid Standing Astride?

Standing astride is one of the simplest golf rules to adhere to. Always remember that your feet should face parallel to the golf ball and your target line. When you doubt your stance, step away from the ball and address the ball with your standard setup.