The Taylormade TP5 vs TP5x: Head-to-Head Comparison for 2022 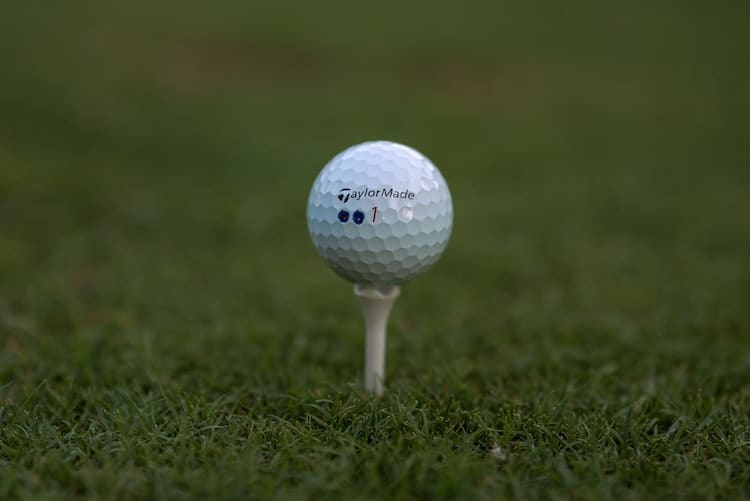 TaylorMade is the closest competitor to Titleist regarding tour quality golf ball production.

In this post, I compare the TaylorMade TP5 vs TP5x to see which one travels further and is easier to hit.

You’ll find that both golf balls run for a premium price and contain complex constructions with multiple layers. The 5-layer construction on both balls lowers driver spin and enhances ball speed for added length off the tee while boosting spin for superior greenside control.

Main Differences Between The Taylormade TP5 and TP5x

Although both golf balls carry higher compression ratings, the TP5 is softer, with a total score of 87. Conversely, the TP5 x conveys a rating of 97, which is better for faster swing speeds. My moderate swing speed responded better to the TP5, as I produced superior compression at impact, prompting rapid ball speed.

TaylorMade suggests that the TP5 x induces a high launch for optimal carry distance, compared to the mid to high lift of the TP5. However, I found the opposite. In my case, the lower compression TP5 launched consistently higher than the X.

According to the engineers, the TP5 is supposed to offer a moderate iron spin, compared to the lower revolutions of the TP5 x. This was the case in my experience, as the TP5 provided ample spin to stop rapidly on long to mid-approach shots.

Conversely, the TP5 x produced less spin and on occasion, my ball struggled to hold the green. However, the higher compression rating adjacent to my moderate swing speed caused inconsistent results with this golf ball.

Both TaylorMade balls provided amplified spin with my wedges thanks to their soft cast urethane covers. The engineers call it Soft Tough urethane, which helps the sharp grooves of wedges bite into it and impart rampant spin on the dimples.

Finally, I noticed that the TaylorMade TP5 offers a softer feel than the TP5 x, which provided more feedback off the clubface. I welcomed this in my short game, where feedback and feel, improve my ability to judge the correct distance of the shot.

Pros and Cons of The Taylormade TP5

On a good day, I can generate 3000 revolutions per minute of spin, and the TP5 toppled that by producing just under 2800 rpm. A combination of lower driver spin and accelerated ball speed will assist you in enhancing your long-game yardage.

On an average day, I produce 134 mph ball speed with a driver, and while the TP5 did not beat that, it was better than the TP5 x. I only managed to produce 132 mph, which was 3 mph more than with the X.

I noticed that this was the work of the Large Reactive Core and the high-flex material (HFM) Speed Layer mantle. The Reactive Core boosted energy transfer for optimal ball speed and low spin on long shots, while HFM further accelerates your pace.

My optimal apex is 83 yards with a driver, and the TP5 flew slightly lower, averaging 81-yards. I suspect that the lower spin rate, and higher compression for my swing speed, led to less satisfactory results. However, I would still categorize it as a mid-to-high-launching golf ball.

Besides feedback on short game shots, the TP5 delivered superior wedge spin for a drop, hop and stop control. As a result, I could attack my target and stop the ball rapidly for a short putt. Usually, I average 9500 rpm spin with a pitching wedge, and the TP5 returned just over 9600 rpm.

The biggest downside of premium balls is their price, and the TaylorMade TP5 is no different. A dozen of TaylorMade’s best golf balls are double the price of some distance designs. This makes it an unreasonable purchase for average golfers who lose multiple golf balls each round.

You’ll find the higher compression of this golf ball does not suit golfers with slow to moderate swing speeds. It provides limited spring off the clubface, reducing your ball speed, coefficient of restitution (COR), launch, and distance.

Pros and Cons of The Taylormade TP5x

Although I struggled to optimize ball velocity with the TP5 x over the TP5, I still feel they are pacey dimples for fast swing speed.

I managed to generate less than 2700 rpm of spin with the TP5 x, but it was to my detriment, as it led to low flight and a loss of carry distance. However, when you give this ball the correct swing speed and back up the low spin with rapid velocity, the result is that you produce maximum distance.

TaylorMade constructed the TP5 x to deliver a consistent launch for higher ball flight and carry, thanks to its Tour Flight Dimple pattern. However, when your swing speed is too slow for the high compression, it reduces your apex below 80-yards, as I experienced, resulting in a loss of flight control and yardage.

Once again, I must mention that faster-swinging golfers should have no problem producing adequate speed for a high, powerful launch.

I found that the TP5 x provided less wedge spin than its counterpart, nevertheless, the results were still admirable and mention-worthy. I managed to generate 9500 rpm with this golf ball, in line with my average performance.

Lower handicappers will appreciate the elevated spin rate, helping them go straight for the pin and stop the ball close to the hole.

A challenge I found with the TP5 x is the lack of iron spin, which produces a lower ball flight than normal. You’ll find this is strenuous for mid and high-handicappers who rely on a higher flight for consistent carry distance and a soft landing.

The TP5 x carries a higher compression rating than the TP5, which is best equipped for fast swingers looking for minimal spring off the clubface. However, a high-compression golf ball is difficult for slow and moderate swing speed to strike and launch high and far.

Finally, like the TP5 model, these golf balls are priced at a premium, which may deter many mid and high-handicappers from seeking more affordable options.

In my experience, the TP5 traveled further off the tee and touched down after 264 yards before rolling an additional 20 for a total of 284 yards. This occurred in my case because I found it easier to strike the 87 compression TP5 compared to the 97 TP5 x.

Which Ball is Easier to Hit?

I find that the TP5 is easier to hit because of its lower compression rating, softer feel, and mid-to-high launch. You’ll likely experience the same results if categorized as a mid to slow-swing speed golfer. However, I would suggest sticking to 2 and 3-piece distance balls instead of the good stuff, at least for now.

Which Ball is Cheaper

Based on the recommended retail price of both golf balls, the TP5 x is cheaper by $1, but that still does not make it an economically friendly golf ball.

The TaylorMade TP5 vs TP5x review showed me that these golf balls are exceptional creations designed to spin low and accelerate on long shots without impacting greenside control. However, they are quality balls with new technology which comes at a price.

As a result, the premium cost of a box of these TaylorMade golf balls is best for lower handicappers and PGA Tour professionals. Despite the soft urethane cover for increased greenside spin, these balls feature higher compression ratings best made for higher swing speeds.

Overall, I suggest the average golfer steers clear of these beauties for now. However, if you have no regard for your wallet and like making life hard for yourself, be my guest. Just do me one favor. At least opt for the lower compression TP5 because you’ll leave yourself a chance of consistently lifting it.