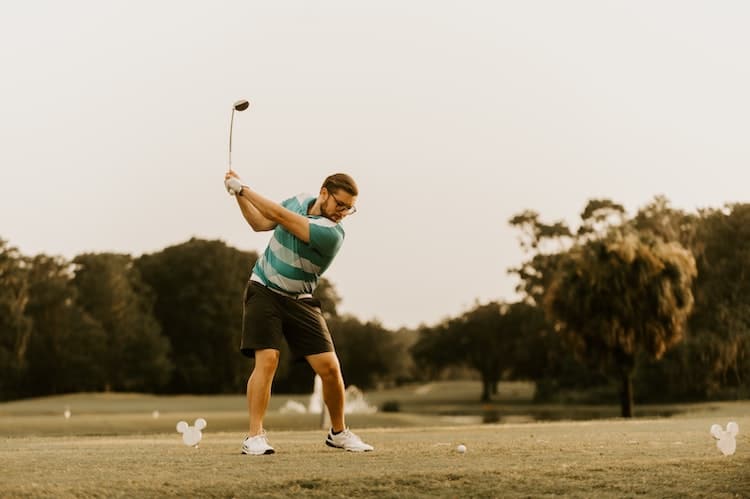 Although skulling the golf ball may not happen to you often, it seems to always occur after a perfect drive or right when you gain the lead in a match against your best friend. What is it about this shot sneaking up at the worst possible times?

We will look at what a skulled golf shot is, why it happens, and most importantly, how to fix it. Whether you are a new player or have a long history in the game, this guide should be able to help.

What is a Skulled Golf Shot

The skulled golf shot is the result of a ball that is hit very thin, and the leading edge of the golf club strikes the upper part of the ball. The goal in golf is to get the clubface to make contact with the ball and not just the leading edge.

Common Causes of a Skulled Shot

Skulling a golf shot is not always a major mistake; sometimes, there are just a few slight adjustments you can make in your swing that will help you eliminate the skulled golf shot. Here are a few of the common causes of a skulled shot.

One of the major causes of a skulled golf shot is losing your spine angle in the backswing. Sometimes players stand up and get more vertical or bend down during their backswing. When they make it back to the ball, the spine angle has to recover, and it often is too late to hit the ball on the center of the clubface.

Too Much Hand Involvement

Some players use their hands to pick the ball off the ground. Depending on what sports you have played and the games you are good at, using hands as opposed to hips and shoulders can feel more consistent and natural.

However, it is not!

Too much involvement of the hands and the idea of hitting the ball instead of swinging through it can sometimes cause a skulled shot.

Golfers that do not incorporate a lower body turn into their backswing often struggle with a skulled shot. The downswing is typically not as grounded, and the bottom of the swing arc will be a bit higher, causing a skulled shot.

Golfers that start with a good posture, a strong hip turn, and a square clubface on takeaway have much more luck.

Do you know what it takes to get a golf ball in the air? Many players confuse getting a ball up in the air with lifting it up in the air. This is especially important with wedges, pitch shots, and chip shots. The ball is not lifted into the air. Instead, it is compressed and flies into the air after you make contact.

Take a look at some of the best golfers in the game and try to learn what they look like at impact, the pictures may completely change the way you think about impact.

After determining what causes your skulled golf shot, it’s time to implement a fix. There are ways that you can stop skulling the ball in your short game as well as your full swing.

A common mistake that golfers make in their swing is they slide laterally. Mistakes like this will make getting the club face back to a square and grounded position considerably harder. When you can stay more centered and pivot, the back foot loads up with your weight, and then it transfers to your front foot as you swing through the ball.

Staying centered takes some core strength and good posture to start out the swing. Also, ensure the ball is correctly positioned in the middle of your stance and that you keep your head in the proper position.

Amateur golfers often think they have to move more than they do in their swings. Staying centered can help you increase power and capability.

Using your legs to turn as opposed to the upper body, wrists and hands will make it much easier to return the club to the ground and hit the clubface square. Some players will lift the club up on the backswing, and the clubface’s bottom edge never returns back to the bottom of the ball.

Using your legs will automatically keep you more grounded and allow for a more consistent golf swing.

Wrists and hands get overly involved in the short game, and it can result in fat shots, skulls, and thin shots. Incorporate your legs into your swing more, and you will get more confident in the shots you are hitting.

It’s a good idea to practice hitting the grass. To properly strike a golf ball, you must hit the grass as well. Even a shot that is picked clean off the grass is still going to make contact with the ground and help increase the overall launch of the golf shots.

Take some small chip and pitch shots and work on clipping the grass (you can even do this in your backyard). If you keep swinging and missing the grass, the same will happen when the ball is put into place.

Make sure you have a proper posture, stance, and set up, and use a better pivot to pull your arms down and through the ball.

4. A Little Weight On The Left

If you have a tough time with skulling shots, sometimes putting a little extra weight on your left side at setup will do the trick. This is not to be exaggerated as it can cause issues with ball flight. Instead, just feel slightly lean and focus on returning to this position at impact.

Sometimes that little weight on the left side can be enough of a reminder to keep yourself pulling the club down and through the grass.

I like this trick when hitting pitch and chip shots around the green. Skulling a short chip across the back of the green is very frustrating and sets you up for a double bogey. Feel like your arms are just a little heavy at setup, and lean on the left side just before you take the club back.

Try to take a video of your golf swing and see if you are rotating around a fixed point or if your spine angle is increasing and decreasing as you take a swing.

Most of the time, the spin angle changes as players try to get the ball up in the air. Remember that getting a golf ball to fly up in the air is not necessarily something that a golfer does intentionally; it happens due to a great golf swing.