The Reverse K Setup in Golf – The Magic Fix for Your Swing? 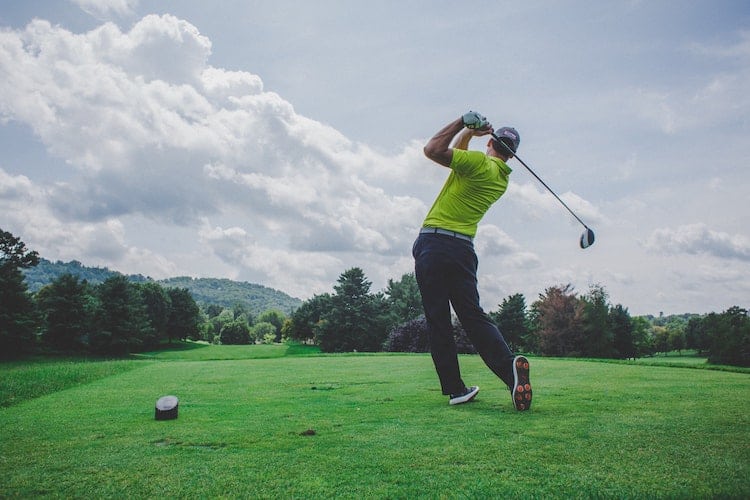 If you’re like me, a good swing tip is a great way to turn over a new leaf and start playing the type of golf you want.

Whether it’s a simple positioning of your back foot or even a new mental thought, these little changes and tips help guide us into being much better players.

For those looking for more power, a crisp strike, and much more carry distance, the reverse K setup in golf is worth trying. Rory McIlroy loves this concept, and it’s something simple that you can implement today.

What is The Reverse K Setup in Golf

The reverse K setup in golf is a way of positioning your lower and upper body at setup to help improve overall ball flight and power. Although this setup is mostly preferred with a driver in the hands, the best players can learn how to benefit from the reverse K to hit shots with any club in their bag.

Here are the steps to get into a reverse K position…

One of my favorite things about this reverse k setup is how easy it is to get into. The key here is to simply take your hips and bump them slightly toward the target. If your original golf setup looked a bit like the letter K, you should not be able to see how it looks like a backward K.

The legs are the base of the K with an angle that is now pointing towards your target as opposed to away from it. The upper body is the top portion of the K and has a tilt opposite the lower body.

When you get into this reverse K position, expect that your lower body will have much more power and strength.

Step 3: Use The Legs As A Base For Support

Players like Rory McIlroy have switched to this reverse K setup because they notice how much extra power they get pushing off the legs. One of the most critical scientific forces in the game of golf is torque.

Torque and this extra resistance in the lower body give you something to push off of as you get through the golf ball. If you want that big bomb off the tee, with plenty of carry distance, high ball flight, and very little backspin, this is certainly the way to do it.

As with any other swing change or tweak in the game of golf, there are a few things you must clarify before implementing this throughout the golf bag.

The first thing to remember here is that you can’t over exaggerate the spine tilt, or you can get to a point where it becomes challenging to get the weight off the back foot. In addition, this address position will change a bit depending on which club you have in your bag.

With a driver in your hand and a slightly wider stance, the reverse K setup is very easy to get into and extremely effective. The tendency to sway and incorrectly transfer your weight is significantly reduced. In addition, players actually find it easier to get off their back leg and transfer weight.

However, as you move down through the bag into the irons and wedges, the amount of tilt that you want in the setup is usually a bit less. An excellent iron shot does require a descending blow with the golf club, and if you get a bit too low with the right shoulder, that becomes hard to do.

Try to take videos or pictures of your posture, stance, and set up, and then analyze them to see if you have maybe taken the concept a bit too far.

Pros of The Reverse K

The reverse K setup is used primarily to get golfers more power and distance in the swing. In the example of Rory McIlroy, we know he is not the biggest player on tour, but he can certainly hit it just as far as the big guys.

Rory chalks that up to the reverse K and the impact that it has had on his golf game.

When I tested this, I liked how easy it was to get into the position. It gave me a place I felt comfortable and could easily repeat time after time. Setting up on the tee box in the reverse K position really takes less than a second, but it can become a significant part of a pre-shot routine.

One thing that worried me was the ability to push off of that right side and get to the left. The tilt felt as though it might keep me back on the right side. However, after experimenting with this, it was actually quite the opposite.

The turf was much more efficient, and in return, the overall distance and ability to jump off that right side were greatly improved.

Cons of The Reverse K

As with any swing change, problems can always come up. Some of the negatives of the reverse K have to do with pre-existing issues in your golf swing. For instance, some players that are not good at releasing their hands will find that the reverse k creates a larger slice.

It’s good to understand that some positions in golf are there to help us create more power and others are for accuracy. The reverse K is more of a power move. It’s not going to cause you to be inaccurate, but if accuracy is already a problem in your game, it’s something to be aware of.

You still need to ensure your lower and upper body are working together and that you know how to release the golf club. Things like clubface angle, spine angle, and spine tilt can be easily exaggerated, so pay attention to how you get into the reverse K setup and ensure you are not overdoing it.

Final Verdict – Should You Use The Reverse K Setup?

For golfers seeking higher ball flight, more carry, and distance off the tee, the reverse K setup makes sense. It’s a bit easier to work with in the driver and fairway woods than it is in the irons and wedges.

Start with this concept on the range. Give your hips a little bump towards the target and see how that impacts the ball’s flight and distance that you can obtain.

When I implemented this into my driver swings, I absolutely saw the difference and why golfers have decided to use it.