Match vs Stroke Play: Definitions and Differences to Know 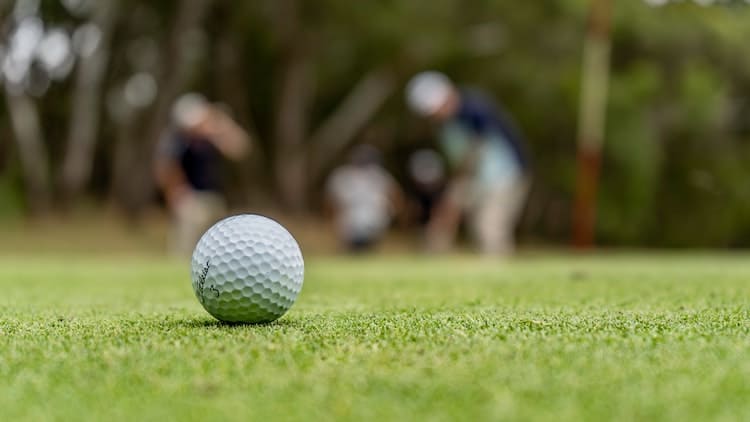 When we play golf, we play against the golf course and ourselves.

However, there is typically more than one game going on during the course of a typical round. Chances are you are playing a match against a friend or competitor, and that will typically be either match play or stroke play.

All golfers should know how to play both match play and stroke play. Let’s take a look at some of the differences, the rules you should know, and a few of our best tips for winning your next match.

The main difference between match play and stroke play is the way the competition works. Stroke play is a competition where you will count the total number of strokes and try to have the fewest at the end of the round.

Match play is a match against one competitor, played on a hole-by-hole basis. This means that you may not even need a full 18 holes to complete a match play event.

The scoring for a stroke play event will be exactly how it is for any round of golf you play. No mulligans, no gimmies; simply play your own ball from the first tee to the 18th hole.

In match play, you can look at each hole as part of the tournament. If you make a three and your partner makes a 4, you are one down. During a match play event, you may not even know what you are shooting; instead, you may just know where you stand.

The strategy for playing a golf event, such as match play or stroke play, can be different. In match play, you need to beat one person; in stroke play, it’s typically an entire group of people. Handicaps can be applied to both match and stroke play events.

In match play, you may have a putt conceded. If the ball is just a few inches from the cup, your opponent may tell you that the putt is good enough. This cannot happen in stroke play, as the ball needs to make it to the bottom of the cup each time.

The stroke play event can be just 18 holes, or it could be 72 holes like a PGA Tour event. Although a match play can be one round, these typically start as a much broader type of event where you have to make it through several rounds to be declared the event’s winner.

Match play is a hole-by-hole event where you will play against a competitor head to head. There are match play situations where you can have two teams playing against each other but to make things simple; we will talk about singles match play.

The basic rules here involve you playing the ball until it gets into the hole. If your score is a 5 and your competitor’s score is a 6, you will go one up after the first hole. If the next hole is won by the competitor, the match goes back to being all square.

Matches continue like this until they can’t continue anymore, and there are not enough holes left to play that would change the outcome. For instance, if you are 4 up with 3 holes to play, you have won the match.

In match play, golf holes can be conceded. If you hit 3 balls in the water off the tee, you can concede the hole, and your competitor is the automatic winner of that hole.

Stroke play is when you will have to count all of the strokes it takes you to get through an 18-hole round of golf. At the end of a stroke play round, if you have 91 shots and the lowest round for the day was 85, you will be six shots out of the lead.

In stroke play, you must finish all of the holes to get your final score and still be eligible to win the event. There is no conceding each hole, and this is an event that will allow more players to compete against each other at the same time.

Are Match and Stroke Play Ever Done at The Same Time?

Match play and stroke play are never played at the same time. Since the rules are slightly different, these have to be a separate competition.

For the most part, match play and stroke play have very similar rules, but instead of losing strokes, sometimes, in match play, you will lose the hole. The two formats just don’t work together.

I’ve played a lot of tournament golf through the years, and I can tell you that the stroke play events are always my lower scoring rounds; match play is just an entirely different format. Playing against yourself and the golf course is much easier to go lower than playing head to head against a person on each hole. Here are some tips that have helped me score well through the years.

Tips for your next Match Play Event

The tricky thing about match play is that you can always see exactly what your competitor is doing. When they have a bad hole, you have to ensure that you don’t do the same thing just because they are. Stay in your own game, stay focused, and you will play much better.

Tips for your next Stroke Play Event

Stroke play requires very close attention to all of the shots you make. You won’t have to worry about what competitors are doing; instead, just try to have the lowest stroke total of the day. This should feel like a separate competition where you play the golf course only.