How Much Do Caddies Get Paid at The Masters? (Caddie Payouts) 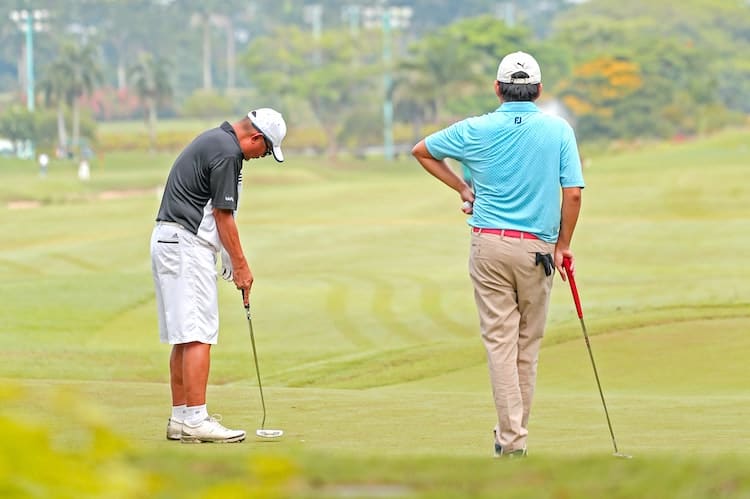 So, you may be wondering how much caddies get paid at a prestigious tournament like The Masters.

Though PGA Tour players get most of the credit for big wins at The Masters, caddies are an integral part of a golfer’s success. Let’s look at how much caddies get paid at The Masters.

How Much Caddies Get Paid at The Masters

PGA Tour caddies negotiate a salary with the professional golfer they are teaming up with on the golf course. The weekly rate varies, but most professional caddies earn anywhere from $1,500 to $3,000 per tournament. However, some of the top caddies in the world are paid a flat yearly base salary, in addition to their performance bonuses.

While that amount may sound like quite a bit of money, keep in mind that the caddie has to cover his expenses such as airfare, lodging, and meals. However, PGA Tour caddies also receive a share of their golfer’s prize money. The compensation for caddies at The Masters is no different.

The standard practice is that the overall winner of a golf tournament will give 10% of the purse to the caddie. Golfers who finish in the Top 10 will reward their caddie with 7% of their prize money.

Finally, golfers outside the Top 10 will pay 5% of their prize money to their caddies.

Do Caddies Get Paid More if Their Player Wins The Masters?

Yes – the caddie of The Masters winner is usually entitled to 10% of the overall purse. So, in the 2022 Masters Tournament, Scottie Scheffler’s caddie took home $270,000 in addition to his weekly paycheck.

No wonder the caddie of the winning golfer is always so excited to see their man get a green jacket!

Do Caddies Get Paid if Their Player Misses Cut?

It depends on the caddie’s agreement with the professional golfer, but as a general rule, caddies will only receive their weekly salary when their player misses the cut.

This is because, at most PGA Tour tournaments, players don’t receive any prize money if they miss the cut. There are exceptions, however, as most major tournaments pay all players in the field.

Most golfers will give their caddie their standard 5% share of these payouts.

As you might have guessed from our above conversation, the highest-paid caddy in the world is Ted Scott, who mans the bag for Scottie Scheffler.

Scheffler has won four times on the PGA Tour in 2022, including wins at The Masters, The Arnold Palmer Invitational, The Waste Management Phoenix Open, and the WGC Dell Technologies Match Play.

The meteoric rise of Scheffler’s performance has led to bonus earnings of over $800,000 for Scott, in addition to his $135,000 yearly salary. That’s a pretty good chunk of change!

Scott is not some Johnny come lately on the PGA Tour. He was on the bag for both of Bubba Watson’s wins at The Masters and has been a professional golf caddie for over twenty years.

Other Well Paid Caddies on the PGA Tour

Pinfold is currently the caddie for rising PGA Tour star Cameron Smith, who has won three times this season.

Foster is Matthew Fitzpatrick’s caddie, who recently won the 2022 US Open. Foster was awarded over $300,000 just for helping Fitzpatrick win this prestigious tournament. He also gets a yearly base pay of $115,000.

Mackay is probably more known for his TV work on the Golf Channel, but he is now carrying the bag for Justin Thomas.

Since JT is one of the best professionals in the world, Mackay has enjoyed some massive paydays while working for him. The largest of which ($270,000) was when Thomas brought home the 2022 PGA Championship.

Matthews is an up-and-coming caddie on the PGA Tour, and he is currently on the bag for Joaquin Niemann.

The 23-year-old Chilean won The Genesis Invitational and has won over $4.6 million in prize money this season. In addition to his caddie share bonuses, Matthews pockets a yearly base pay of $120,000.

What are a caddie’s primary duties on the golf course?

Contrary to what some believe, a caddie does a whole lot more than just carry their golfer’s bag around the course. Caddies make recommendations as to what club the player should hit. They also keep all of the player’s equipment in pristine condition.

Caddies also study the golf course so that they can inform their golfer of all the little nooks and crannies that they may come across. This allows them to also provide an exact yardage to the player for his approach shots into the green. Caddies are also responsible for tending the pin, fixing any kind of ball marks or divots, and raking the sand traps and bunkers.

However, the caddie’s most crucial duty is to always keep his player calm and in a good head space on the golf course. Golf is a demanding sport, and it can be mentally challenging. This is when a good caddie provides positive reinforcement and encouragement to his golfer.