How to Putt Better: 7 Experts Share Their Top Tips 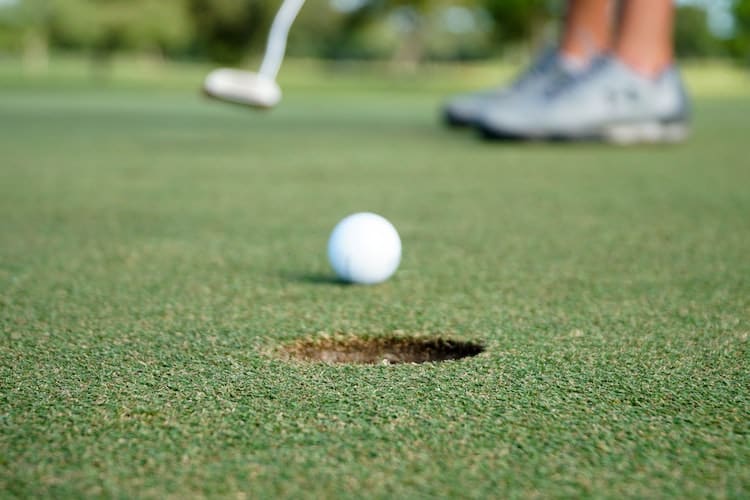 There is a lot of information out there on how to putt and how to putt better. After all, putting is, without a doubt, the most important part of the game.

For many amateur players, it can be difficult to narrow down which information is worth following.

With putting tips, you don’t necessarily need to follow them all. Instead, it’s about getting a simple thought or feeling that can change the way you look at the game. Sometimes all it takes is one tip, and things start to fall into place on the golf course.

Putting has always been the weakest part of my game; however, by working through issues with routine, rhythm, and alignment, it’s become one of my strong points. With putting, there is always room for improvement.

Dave Stockton: How To Sink Putts

As a kid, Dave Stockton was my favorite golfer. He was at the top of the leaderboard week after week, was a solid player to watch, and for the time being, won more money than any other player on the senior PGA Tour.

When it comes to winning money on tour, one thing that seems to be a trend is being a good putter.

In this video, Dave Stockton goes through all of his best tips on how to approach putting. There is a lot of information here, and I recommend going through it in steps.

However, the tip most golfers will benefit from is how Stockton relates putting to shooting pool. He talks about standing behind the ball as you approach. In pool, you never come from beside the ball to line up your shot; you must be behind it, looking down the line.

Clay Ballard is a top instructor and great golfer that knows how to instruct the best golfers in and around the putting greens. One of the best tips that Clay gives is that the pendulum putting stroke can be a little misleading.

With a pendulum type stroke, golfers often think you will take the club as far back as you swing it forward. This is not the case.

We learn from this tip that acceleration in the putting stroke is incredibly important and something that professional golfers focus on.

For you, as an amateur player, it will feel like a shorter backswing and extended follow-through. The putts should come off the clubface with a bit more jump.

Mall Ballard is another PGA Teaching Professional that has a unique approach to teaching the game of golf. We loved his tips in this video about making those shorter putts that matter even when money, scores, or trophies are on the line.

One of the issues that players face when trying to sink shorter putts is tension. You know in your mind that you must make the putt, so tension starts to creep in. Instead of your stroke feeling smooth and confident, it feels forced and almost jerky.

The best way to deal with this is to learn to get the tension out.

Of course, you can tell yourself to relax, but we know that doesn’t work all that well. Instead, Matt Ballard says to keep moving. Don’t stand over the ball for so long that you feel locked in and stuff.

Move your feet around, get the blood flowing, and keep yourself more dynamic. This is the best way to ensure that your golf putting stroke has less tension. Even in your hands, the tension will decrease.

Lag putts are important and help you get close to the hole, but these short putts allow you to score, and Mall Ballard’s tip makes it much easier to get that done.

Dave Pelz is a short game and putting expert. His information and knowledge have led to some of the best putting drills in the game. Pelz talks about everything from distance control to speed control to alignment.

However, in this particular drill, Pelz wants players to work on making a series of 3-foot putts. These putts are set up in a circle around the hole from a distance of about 3 feet. Try to get ten golf balls to fit in this circle.
Tiger Woods and Phil Mickelson have been known to do this drill and have had tremendous success with it.

When making these putts, you will immediately know your putting stroke and alignment are correct. When you miss one, there is a chance that your putter face is not lined up correctly or your stroke is not consistent.

One of the most important aspects of becoming a better player is knowing where your mistakes come from; this drill will help narrow that down for players. If you get really good from 3 feet and want to move to 4 feet, it’s only going to help you the next time you try to shoot lower scores on the course.

We know that consistency in putting is important. You will want to ensure your putting stroke is about the same each time you swing it. In addition, making sure the setup is perfect will help increase the number of putts that go into the hole.

However, there is another important aspect here, and that is the timing of your routine. In this video, Ricki Fowler talks to coach Butch Harmon about his putting routine and how he does it the exact same way every time.

What is so important about this video is that the putting routine does not change even on the shorter putts. The time it takes to line up, get into the address position, stare down the hole, and eventually make a stroke is the same for short putts as it is for long putts.

For golfers to get the feel of the putt down and shoot lower scores, this consistency in the timing of the routine is incredibly important. This is what trains our brains to make more putts. If you watch golf professionals on the putting green, you will see that they remain incredibly consistent in their actions and motions.

Tiger Woods is arguably one of the best putters the game of golf has ever seen. In fact, his putting under pressure was something that didn’t even seem human for a while. One thing we know about Tiger is that he puts a lot of time on the putting green. He knows that this is where tournaments are won.

One of the most important aspects of putting, according to Tiger, is ensuring that the putter’s face is square at the address. Some golfers take an arc-style stroke and rotate the putter head open and the square at address.

Others will take the club straight back and straight through.

Tiger’s point is that it doesn’t matter which way you take the club back as long as you can consistently return to square every time.

He sets up a drill on the putting green using two tees that will be a guide for a square putter face. In addition, Tiger likes to start with a drill that allows him to make putts with just his right hand on the putter.

This putting drill encourages a better start line and more putts that roll the way you expect them to. In addition, when you can properly incorporate the right hand into your golf stroke before you get out to the course, you will notice more consistency.

Some golfers will even add a few right-hand-only practice strokes to their putting routine when they get this feeling down.

When Tiger works on a drill like that, he will do it from about 4 feet away. Although you can do it longer, the putter head may start to wobble on some of the longer putts, and this could defeat the purpose of the drill.

Tiger has plenty of other important information to share about putting, but you have to find the tidbit of information that works for you.

Britt Olizarowicz: Look Before You Go

With all of these great tips from some of the best golfers and instructors in the game, I was inspired to share one of my own. I’m not sure of the origin of this tip, but I know that it has helped me in my ability to make more putts on the golf course.

One thing that amateur golfers struggle with in putting is focusing on hitting the ball. Of course, we need to make contact with the ball, but in putting, our main goal is to roll the ball into the hole.

In order to roll the ball into the hole, we need to focus on the hole more than on the golf stroke.

Most putting routines have players stand over the ball for much too long. They don’t look down the line at the hole after being set up to putt. I feel as though this technique allows our brains to forget the original goal.

I look at the hole, look back down at the ball, and go.

Of course, you will have to establish timing on this that works for your game. It’s intended to happen slowly and with a smooth feel, but if you can be smart about allowing your brain the time it needs to look at the hole, you will putt better.