How Long Do Golf Tournaments Last in 2022? 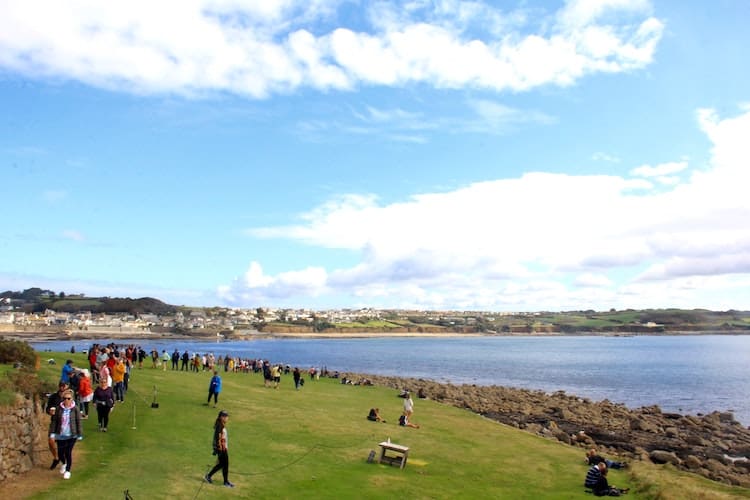 The duration of a golf tournament varies depending on the format and whether it is for professionals or amateur golfers.

I have played in tournaments ranging from 9-hole team match play events to 72-hole amateur tournaments. In this post I will explain how long golf tournaments last in 2022.

The duration of a tournament depends on the format, size of the field, and the tournament profile. I will explain why your Saturday club tournament is an 18-hole Stableford competition compared to 4-day PGA tour events.

How Long Do Golf Tournaments Last?

The standard Wednesday or Saturday competition at your local golf course typically lasts one afternoon or morning. However, serious events such as club champs are often played over 2 days. It is up to the club to make that decision.

A state amateur tournament is generally scheduled for 3 or 4 days, giving the top amateurs a taste of the stamina required for professional golf.

National Amateur Championships vary in length depending on the format. For example, the U.S Amateur is played over 5 days, as it combines stroke play and match play. In 2021, over 312 golfers secured tee times for the medal portion of the event. After 2 days, the field is cut to 64, who battle each other in match play for the title.

Another example dearer to me is the South African Amateur Championship. It is a pure match play tournament contested over 4 days. Naturally, this event does not attract the magnitude of players found on the tee sheet at the U.S Amateur.

The average Pro-Am tournament lasts for one day. These are often held on the Wednesday preceding a professional golf tournament. However, there are Pro-Am events where amateurs compete alongside professionals for 4 days.

The most famous 4-day Pro-Am events are the AT&T Pebble Beach and Alfred Dunhill Links Championship. These tournaments follow the best ball format, where you take the lowest score from your pairing on each hole.

Pro Am’s offer the average golfer a chance to test their skills against Tour Pros. Sometimes, you may get lucky and play with legends like Rory McIlroy, Jon Rahm, Dustin Johnson, or Bryson DeChambeau.

Tournaments for professional golfers usually last 4 days, excluding practice rounds and the Pro-am. This is the case at the British Open, PGA Championship, US Open, the Masters, and most regulation events.

However, there are exceptions to the rule. The WGC Dell Technologies Matchplay is contested over 5 days. Conversely, team events such as the Presidents, Solheim, and Ryder Cup last 3 days.

Although the US Open is scheduled for 4 days, it previously reserved an extra day for ties after 72-holes. The USGA changed this rule in 2018 to a 2 hole playoff. The golfer with the lowest score after 2 holes wins. If the scores remain deadlocked, they proceed to the 3rd hole for a sudden-death playoff.

The idea before 2018 was that tied players would return on day 5 for an 18-hole playoff. 3 of my compatriots successfully weathered the playoff to claim the U.S Open. Gary Player did it in 1965, and 29 years later, Ernie Els lifted the trophy. Retief Goosen added to the tally when he defeated Mark Brooks in 2001 by 2 shots.

This is exciting for fans who can never get enough of the majors, but most of us have to work on a Monday, leading to fewer viewers. The last memory we will cherish of an 18-hole U.S Open playoff is the 2008 edition at the Torrey Pines South Course.

Tiger Woods played with a torn ACL and 2 stress fractures in his left leg and still managed to beat Rocco Mediate. Although he required reconstructive surgery, it propelled the big cat to his 14th major victory, 4 shy of Jack Nicklaus’ record:

How Many Rounds Are Played in a Golf Tournament?

The majority of club tournaments consist of one round of 18-holes. However, Club Championship events could consist of two 18-hole rounds. Obviously, this assumes that the event is stroke play or Stableford. If it is match play, you may play 36 holes per day. Therefore, if the tournament is scheduled for 2-days, you could play 4 rounds of 18 holes.

Provincial or state amateur tournaments range from 3 to 4 rounds of 18 holes if it is a strokeplay tournament. Should it function as a matchplay event, the winner may play 7 rounds of golf. Every match is 18-holes, except for the final, which is reserved for 36-holes. This counts as one round or match.

National Amateur Championships tend to follow the same procedure as State competitions. Every round, except for the final, is contested over 18-holes, and winners of the morning match proceed to the afternoon. This repeats until the semi-finals.

The winners of the semis proceed to the 36-hole final, which counts as 1 round. Therefore, the finalists play in 7 rounds during the tournament.

The standard Pro-Am tournament lasts for a single round of 18 holes. The chief exceptions to this norm are the AT&T Pebble Beach Pro-Am and the Dunhill Links Championship. Players that make the cut for Sunday will play a total of 4 rounds of 18-holes.

PGA and DP World Tour events are contested over 4 rounds of 18 holes. This is the standard, and the events run from Thursday to Sunday. However, the structure differs when there are special match play tournaments.

Participants play 36 holes a day, resulting in two 18-hole rounds. Every match is decided over 18-holes, except the final contested over 36-holes. In these events, the finalists play 9 rounds of golf. Despite being a 36-hole final, it is viewed as one round.

Team events such as the Ryder Cup are contested over 5 rounds. Days 1 and 2 see teams play a total of 4 rounds. In addition, every team member is drafted for singles matches over 18 holes.

How Long Does it Take to Play 18 Holes of Golf Alone?

As a solo golfer, you can navigate 18 holes in 2 hours. However, the setting needs to be perfect. You need to be accurate to avoid wasting time finding balls. Plus, a golf cart is recommended to reduce the time between your shots.

The final factor depends on the players in front of you. If the field is clear ahead, you can maintain a good pace of play and get the job done. All these factors aligned when I wrapped up a round in under 2 hours.

Another point to mention is the layout and length of your home golf course. If the links are short and flat, you can knock out 18-holes in 2.5 to 3-hours, even if you are walking.

Related: If you are looking to increase your golf tournament knowledge, we have more resources for you to enjoy. Start by learning when golf professionals get paid after a tournament.