Can You Chip on The Green? What Are The Pros and Cons? 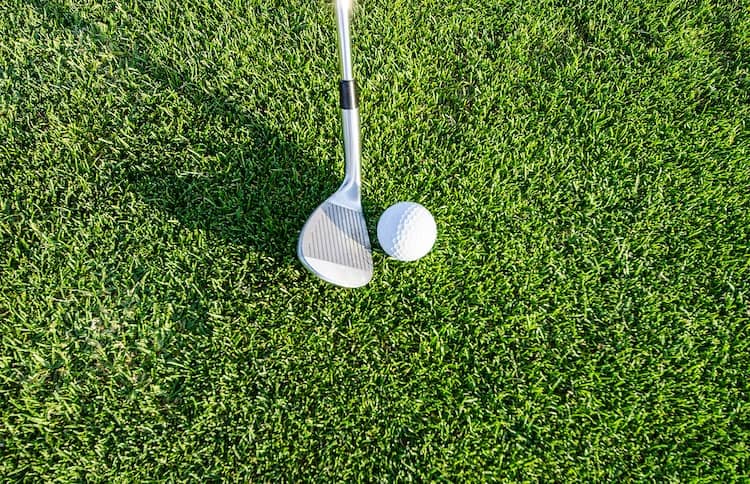 Phil Mickelson is up there with the greatest wedge players of this century thus far. He has pulled off some epic escapes in his time, but his flop shot off the putting surface on the 6th at Riviera remains my favorite.

Why bring this up? In this article, I answer the common question of if you can chip on the green.

I have simplified the jargon of the USGA rules to decipher whether it is permitted or not. In addition, I explain how local club rules play their part and look at the pros and cons of this action.

Are Golfers Allowed to Chip on The Green?

The short answer is yes, golfers can chip on the green. However, the more pertinent question is should golfers chip on greens. I have set out different situations below which condone and discourage those shots on the green. Let us take a look.

R&A And USGA Rules Of Golf

No R&A and USGA rules prevent you from playing a chip shot off a putting green. That means you do not incur any stroke penalties if you pull out a lob wedge on the dancefloor. However, golf courses may implement local rules to minimize the destruction of property.

Under USGA legislation, nothing prevents the Pros from using their wedges for a good chip shot.

I already mentioned Lefty, then you have Rory McIlroy. At the 2020 Payne’s Valley Cup, the Northern Irishman chipped his 3rd shot on the par-4 4th to within a couple of feet. Setting him up for a tap-in putt for par.

Even though there is nothing illegal about it, traditionalists frown upon this behavior. Ask Mark Calcavecchia. He was booed in the late 1980s for chipping off the green at St Andrew’s despite the impressive result.

That didn’t deter the former British Open Champion, as he is seen using a wedge in the 2016 Senior PGA Championship:

While the rules of golf do not penalize you for a chip or pitch shot off the green, your local club may disagree. Local clubs have the discretion to implement rules specific to their situation.

Many clubs do not have the capital or time to consistently repair damaged greens caused by amateurs’ inconsistent ball-striking abilities. Which is understandable. A green with the ground under repair looks disgusting and annoys other players. It is a surefire to lose members’ and visitors’ green fees.

I have never seen a club with rules that issue a penalty stroke for chipping on the green, but they ask that you refrain from that tomfoolery.

It is an unwritten rule. In casual rounds, you do not resort to such behavior. You won’t be penalized with an extra stroke. However, you will catch death stares from the members and maybe a word or two from the greenskeeper.

There is no tighter lie of the ball than on a dancefloor. That means you need to strike the ball cleanly without touching a blade of grass. Hitting the ground before or after the ball leads to inaccurate trajectory, distance control, and results.

Pros of Chipping on The Green

The biggest pro of chipping on a green is avoiding obstacles, be it a bunker, fringe, double breaks, or rough. The design of some greens causes the fringe or a bunker to stand in your line. If you putt it, you would have to go around the hazard and risk the chance of a 3 or 4-putt.

When you absolutely have to chip from the green, I suggest using a lob or sand wedge. A pitching wedge and gap wedge carry excessive lofts for the green. For starters, you enhance the risk of destroying the green. Secondly, they do not possess enough loft and spin needed for a short chip on the green.

The average golfer seriously struggles to judge the distance of long putts, which is where chipping helps. It may be easier for some to better judge the power of the shot (as Calcavecchia found).

On the contrary, many experts in the game of golf would say a bad putt is better than a bad chip, and I would agree for the most part. Some players are better with a wedge than a putter. They feel they can control their shots and flights because of the loft of the club.

Keeping the ball on the ground exposes it to breaks and undulation of greens, which is overwhelming for an experienced golfer to comprehend, let alone a beginner.

When you putt the ball, you enjoy topspin. However, limited side spin and no backspin are produced. Therefore, chipping allows you to use the slopes and implement spin for added control.

Excellent Substitute For A Poor Putter

This ties into the distance control advantage. Chipping on the green works for those with a less than desirable putting percentage. Chipping on greens with complex breaks erases those factors and allows you to fly the ball up to the hole and reduce the impact of the slopes.

Cons of Chipping on The Green

A tight lie is difficult to play from because you have no turf to work with. You have to strike the ball cleanly and not take any divot. If you catch the ground before the ball, you will chunk your shot. However, if you strike it late, you will hit it thin.

There is no margin for error on these shots. That is what makes them difficult for the average golfer.

Following on from the tight lie challenge are thin shots. When amateurs attempt to play this shot, they are rightfully so afraid of vandalizing the green that they catch their golf ball thin. As a result, the ball flies low and past the hole.

A greenskeeper and club committee’s worst nightmare. The likely result of the average golfer chipping on the green is ripped-up grass. Golfers hit behind it and take out a chunk of the turf to not avoid a thin shot. The result is a shot with minimal spin and distance and a certain double bogey.

I have touched on it significantly in this post, but chipping on the dancefloor wreaks havoc. This is costly to the golf course, causes additional work for the greenskeeper, and makes you the black sheep of your club.

Think about it. The more times greens need to be repaired, the higher the club’s annual expenses are. You, as the member or regular visitor, cover those costs. It is called increased membership and green fees.

Everyone loses in this scenario.

A mishit could send your ball flying past the cup or a few feet ahead of you. There is no margin for error on these shots. That is why the results are erratic for casual golfers.

Finally, you do not want to desecrate a green if you are a social butterfly and desperately seek the approval of others. Being on the wrong side of the powers that be and your fellow members is a miserable endeavor. They are a catty bunch. Keep them happy so that you can keep enjoying the game of golf without drama.