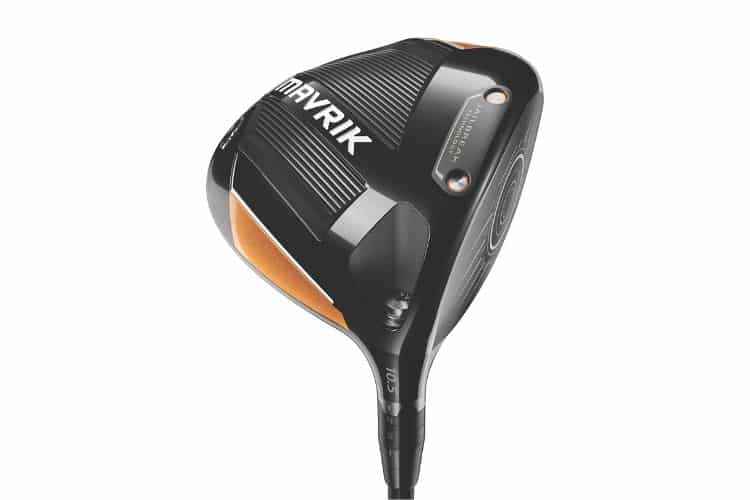 The great thing about the Callaway Mavrik driver being out now for a few years is that we can really decide whether or not this club is worth the money. Pricing has dropped, and new models have been brought to the market, but the Mavrik is still around.

This is the driver that I currently have in my bag. Therefore, I’ve got a lot to say about it!

If you are thinking of putting a Mavrik in the bag, or maybe even thinking it’s time to take it out, here are the things you should know about the Callaway Mavrik driver. The Callaway Mavrik driver has AI Technology and some impressive internal components to help golfers improve on overall distance and accuracy. Here are the stand-out features and how they will impact your game.

Traditional titanium no longer cuts it as a premium golf material. Golf manufacturers are looking for alternative technologies that can help them give players tremendous distance gains. Callaway chose the FS2S Titanium for immense speed and better weighting than other types of technology.

I can tell you that the face has a firm but fast feel, and the ball jumps off it. I switched from a 7-year-old Cobra driver when I purchased the Mavrik, and the very first thing I noticed was the jump off the face.

The adjustable hosel in the Callaway Mavrik allows golfers to fine tune the ball flight and the face angle to ensure it’s a better fit. When I first started playing the Mavrik, I felt it was really open and actually closed the face a little.

I ended up moving it back and playing with the loft. However, the bottom line is that this adjustability makes it much easier to keep a club in play for years to come.

If you change your swing, work on that dreaded slice or even start hooking the ball a bit, you can adjust the clubhead to see an improvement.

We got through plenty of years of golf without artificial intelligence to help us. However, now that it’s here, it’s a mistake not to take advantage of it. AI allowed Callaway to perfectly position the center of gravity, improve weighting and increase overall ball speeds in their golf clubs.

The Callaway Mavrik line features include ball speed and distance, and much of that has to do with the AI construction. Combining that with the Jailbreak and Triaxial Carbon Crown, this driver is the complete package.

Now that you have a better idea of what the technology is like in the Callaway Mavrik let’s take a more detailed look at how the golf club actually performs. I’m playing with the Standard Mavrik driver with a stiff shaft, and right now, I have it set on the neutral settings at 10.5 degrees.

The Callaway Mavrik driver has dropped in price since its initial release. For the value it is now offered, it is well worth the price. Of course, when clubs age a year or two, it can be hard to find the customized shaft selections you are looking for.

However, sometimes it’s worth getting a stock shaft like the UST Helium Black or Evenflow Riptide and seeing how this performs before replacing it.

The Mavrik is loud but nothing that stands out as being obnoxious. You know, there have been some Cobra or Ping drivers in the past that had a sound that many golfers couldn’t really put up with.

However, the Jailbreak bars and Jailbreak technology must help to muffle a little of what goes on inside the clubhead because it’s a pleasing sound that you would expect from a premium club.

The feel of the Mavrik is something that initially concerned me. I was transferring from a soft-feeling Cobra driver that was tremendously responsive. In addition, I had given the Epic Flash Driver a try and felt that the feel was harsh.

However, the Mavrik had a better feel than I expected, plenty of consistency, and even with a stock shaft, had some built-in workability.

Spin robustness is something that is important to consider in any club you put into your bag. The Mavrik has low spin rates; however, not the lowest spin rate on the market. If you have the driver set properly and your swing is on, the lower spinning drives roll for quite a ways.

However, it does take a little playing around with the shaft and driver club head settings to get the spin perfect and benefit from the levels of spin you need.

Mid handicappers and below will have no trouble with the spin you get from the Callaway Mavrik.

The Callaway Mavrik drive is forgiving. It’s not the most forgiving driver I’ve ever used, but I certainly consider it more of a game-improvement driver than a players club. The cyclone aero shape cuts through the air easily, and the more expansive area that Callaway considers the sweet spot gives you a lot of room for error.

I find that I can feel where I miss it (high, low, heel, toe), but the shot still ends up in the general area where I need it to be.

The new Callaway Rogue and TaylorMade Stealth are getting fast ball speeds and beating the Mavrik out a bit. However, for many players, this is a very small difference. If you haven’t upgraded your driver in the last few years, the Mavrik has some impressive distance.

The only negative I can say regarding distance is that there are times when I can hit the ball a good 10 or 15 yards further than other times when I feel like I have made a good swing. The distance control is just a bit off, but I never feel like I’m losing distance with this driver.

My favorite thing about the Callaway Mavrik Driver, especially now that I have it dialed in a bit more, is the consistency. I no longer have to think about this club; when I stand on the tee box, I know where it is going.

In fact, I even know where my miss is going.

Although the distance control isn’t always great, the results of the drive are something I’m almost always happy with.

In addition, the Callaway Mavrik driver has a great feel. As I mentioned, I can feel when I miss it, but the ball still travels where I want it to. Essentially being able to get feedback but not have to deal with a disastrous shot is a huge benefit.

Lastly, the Callaway Mavrik Driver is an outstanding value right now. This club is going to stay in play for quite some time, and the technology will remain relevant. It’s a good time to buy.

What I Dislike About The Callaway Mavrik Driver

In fact, when I went to get it regripped not that long ago, the pro there even mentioned that he feels like this driver always sits so far open. It really does.

The top-down look is wide open, but the driver is square. If you know this is going in, you won’t make the same mistake I did and start adjusting the driver to help it look more square. Just let this club sit as it’s designed, and you will get some really impressive drives out of it.

If you have a driver more than four or five years old and are looking for an upgrade, the Callaway Mavrik is a great choice. I always like to try and narrow down the driver choices based on handicap, but with the Mavrik, I don’t need to.

Regardless of your handicap, there are some benefits here that you can really enjoy. Golfers will be impressed with the overall value that this driver offers. This is my first Callaway driver in more than 30 years of playing the game, and it has me excited to see what this brand comes up with next.