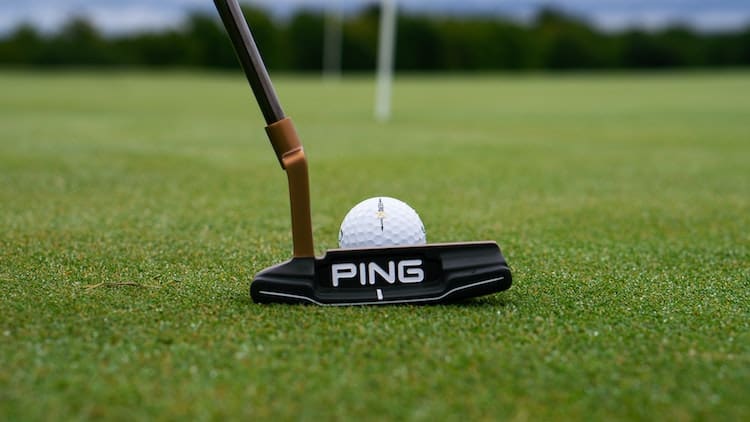 Arm lock putting grips are currently all the rage on the PGA Tour as stars like Bryson DeChambeau, Webb Simpson, Matt Kuchar, and Will Zalatoris have all started using it.

So what is the arm lock putting grip and will it help your game?

This putting grip is a remarkable aid to making smooth, safe, and speedy putts. Learn more about it and our top brand picks here.

What is an Arm Lock Putting Grip?

The arm lock putting grip has skyrocketed in popularity over the last few years because more and more famous PGA Tours are using it. Armlock putting is a different style that helps take the hands and wrists out of the putting stroke by resting the putter grip against the left forearm. 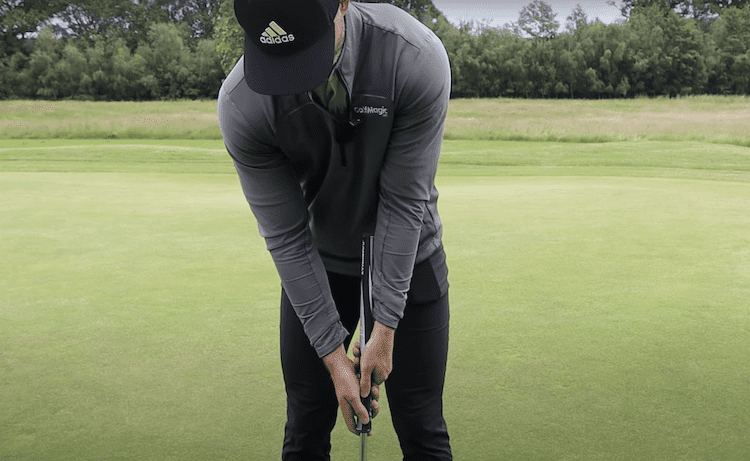 The goal of the arm lock putting style is to make the left arm an extension of the putter. This makes the golfer use the shoulders when putting, which helps create a more natural rhythm during the stroke. The armlock putting style may be the perfect solution for golfers who are struggling with the putting yips.

This unique putting style requires a different kind of putter or an extended grip. While most standard putters are only 33 to 35 inches long, an arm lock putter is in the 40 to 43 inch range. Armlock putters are a little bit heavier and have some extra loft as well.

How to Hold an Arm Lock Putter

Before using any arm lock putter, keep in mind that the putter grip can’t exceed past your elbow. Also, the golfer must not use his right hand to keep the putter grip against his left forearm. If a golfer does either of these it’s considered a violation of USGA Rule 14-1b, which bans the use of an anchor point during putting strokes.

Here’s a quick guide on how to hold an arm lock putter:

Can you put an arm-lock grip on any putter?

Yes, any putter can be converted into an arm lock putter. All you need to buy is a specialty arm lock grip that will replace the grip of your traditional putter.

While there are certain arm-lock putters on the market, they are very expensive ($300-$400). Most golfers do just fine with changing out their putter grip to make it armlock friendly.

Pros Who Use an Arm Lock Putter

Though more well known for his insanely long drives off the tee, DeChambeau is also known for using an arm lock putter. The 2020 U.S. Open champion went to the arm lock putting style after his side-saddle putting method was deemed illegal back in 2017.

DeChambeau says that being able to rest the putter grip against his forearm helps make his putting stroke more repeatable. That high level of repeatability has resulted in more consistency on the greens for DeChambeau.

Simpson has been one of the most consistent putters on the PGA Tour for quite some time. The 7-time PGA Tour event winner used the belly putter for a few of his victories before both the USGA and R&A outlawed it. After the ban on the belly putter, Simpson switched to the arm lock grip putter.

Like Simpson, Bradley used the belly putter while winning a major championship, the 2011 PGA Championship. Bradley has always looked up to Simpson, so he made the switch to the arm lock putter right after Simpson did. Bradley has four career PGA Tour victories.

Kuchar has always been a very good putter but, like all golfers, he’s constantly seeking ways to improve. The 9-time PGA Tour winner wanted to get back to the forward press that he’d used as an amateur so he decided to give the arm lock style a try in 2011. The move paid huge dividends, as “Kuuuuuch” has won six times since making the switch.

Watson had used a traditional putting technique until 2019, when he started tinkering with the armlock putting grip with some help from Bryson DeChambeau. Watson has gone back and forth between the armlock and the standard reverse overlap grip in recent years. He is one of the few lefties to try the arm lock style.

Schuaffele has called for a ban on arm lock putters in the past. However, the 4-time PGA Tour was spotted using an arm lock putter several times during the 2021 season. Schuaffele said, “I had to see what the craze was about” (Golf Digest).

This putter grip is certified by the USGA and provides golfers with a ton of stability. Golfers love the extended grip length of 17 inches. This grip automatically adds 2 to 3 degrees of loft which helps cancel out the delofting that happens when you rest the grip against your forearm.

Here’s another great option for golfers looking to try the arm lock putting technique. Though this grip isn’t as thick as some other brands, it’s 21 inches long which makes it ideal for golfers who desire a longer grip. This grip is personally endorsed by Bryson DeChambeau.

Winn has been making high quality golf grips for quite some time. This 17 inch grip may be called a pistol grip, but it can easily be used when utilizing the arm lock technique. It has an impressive 4.7 rating on Amazon and the price is incredibly low.

Here is another option from Winn for golfers that want a putter grip that is a bit longer. Though this is listed as a belly grip, it can be used as an arm lock grip as well. The red and black color has a nice look to it.

This SuperStroke arm lock putter grip gets high marks for its high amount of control and comfort. This grip is 17 inches long and is made specifically for golfers who rest the grip against the forearm of their leading arm. The technology SuperStroke uses helps golfers use less grip pressure when putting.