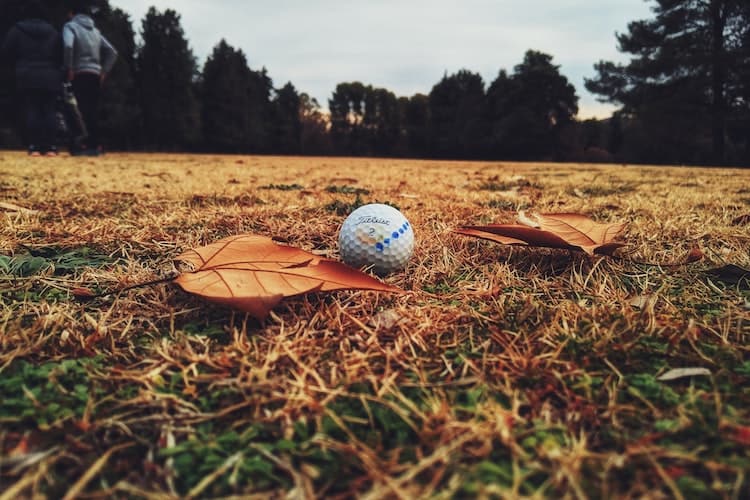 Tight lies are a common obstacle for golfers, but there are specific ways you can hit the ball to get out of it unscathed.

We’ve compiled a list of the most effective ways to hit tight lies during your next round of golf.

What is a Tight Lie in Golf?

Golfers of every skill level often struggle to hit shots from a tight lie because the margin of error is so slim. Tight lies make it difficult for the golfer to make solid contact because the ball isn’t sitting up. This is why specific clubs for tight lies, from companies like TaylorMade and Adams Golf, have risen in popularity over the years.

There are several common places where tight lies may occur on a golf course. The most common of which is on the fringe around the greens where the grass is extremely short. Tight lies can even occur while in the fairway, especially in the winter months when the grass doesn’t grow as well.

Most golfers, especially high handicappers, are more comfortable with the golf ball up on the tee or at least sitting up nicely on a patch of grass. This is because, in their minds, it is much easier to get the ball in the air when it is elevated.

However, it is possible to still strike the golf ball well even from the tightest of lies. Here are a few tips from various pro golfers.

Hale Irwin was one of the best short game players on the PGA Tour during the prime of his career. Irwin won 20 PGA Tour events including 3 major championships. Here are some of Irwin’s best tips for hitting chips out of tight lies.

Mickelson has been a fan favorite on the PGA Tour for several decades. The 6-time major champion has won 45 PGA Tour events which is tied for 8th on the all-time list. Here are some of Mickelson’s best tips for hitting chips or bump and run shots from tight lies.

Moe Norman’s Tips for Pitching Out of Tight Lies

We’ve talked at length on this blog about Moe Norman’s incredible ball-striking ability. Most people don’t know that Norman was a master at hitting shots from tight lies.

Norman learned to play golf in Canada on a municipal course with lots of tight lies called the Rockway. Here’s how to execute Norman’s Rockway Move that he used when hitting out of tight lies. These tips come from Tim Graves, who is known for teaching Norman’s best golf techniques.

Xander Schauffele’s Tips for Hitting Out of Tight Lies

Schauffele is one of the PGA Tour’s brightest young stars, as he has already won four events. The 28-year old is an excellent ball striker and he has some good tips for when hitting out of tight lies. Here is some of Schaffele’s best advice.

When most golfers hear the term tight lie, they automatically think of shots that they’ll have to hit with their pitching wedge or sand wedge. However, tight lie shots with a fairway wood or a hybrid can also be very intimidating.

David Leadbetter may not have played on the PGA Tour, but he did play pro golf on both the European and South African Tours. Leadbetter is one of the most famous golf instructors in the world and has coached the likes of Nick Faldo, Lydia Ko, and Michelle Wie. Here are Leadbetter’s top tips for hitting a fairway wood with a tight lie.